Working at Bass Pro has given me an interesting schedule that I have a love-hate relationship with. Having a day off in the middle of the week happens to be one of the parts that I love. After a much needed oil change I hit the road and began the haul up into the mountains around 8:30 am. As snow covered peaks passed I watched my car’s thermometer drop from 37 to 14. It’s crazy what a few thousand feet of elevation gain can do. With the low temps I wasn’t quite sure how the day would go, but I was optimistic. Around 11 am I pulled up to the fist spot of the day and started gearing up. Air temp as at 19 (I don’t think that it ever hit 20 all day). With cold hands I started to lace up my boots and quickly felt one of the laces go limp. Cheap bootlaces. 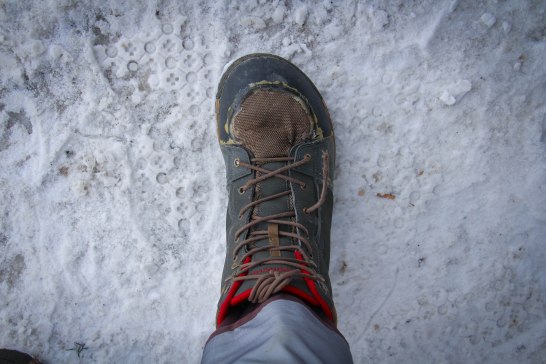 My first look couple looks at the river gave me an uneasy feeling. There was a lot of ice build up and most of the deeper pools I could see were completely iced over. I moved on from the first spot pretty quickly after finding 90% of it unfishable.

The second spot looked much more open. I did notice however that there was a surprising amount of slush floating down the river. The slush ended up being a constant battle for the rest of the day. Nymphing was out of the picture so I stuck to streamers and had a fun time pinpointing my casts into fishy looking spots in between floating slush chunks.

I switched up flies to a fix and first cast at the second spot I landed a little brown. That was a solid sign! As I fished upstream I began spotting fish hanging at the top end of deeper runs below rapids. Fish were chasing pretty heavily and I started having a number of fish chase and peel off before committing. One fish in particular I could tell was pretty sizable and followed 5-10 times before I finally connected with it. A sweet 20″ rainbow! 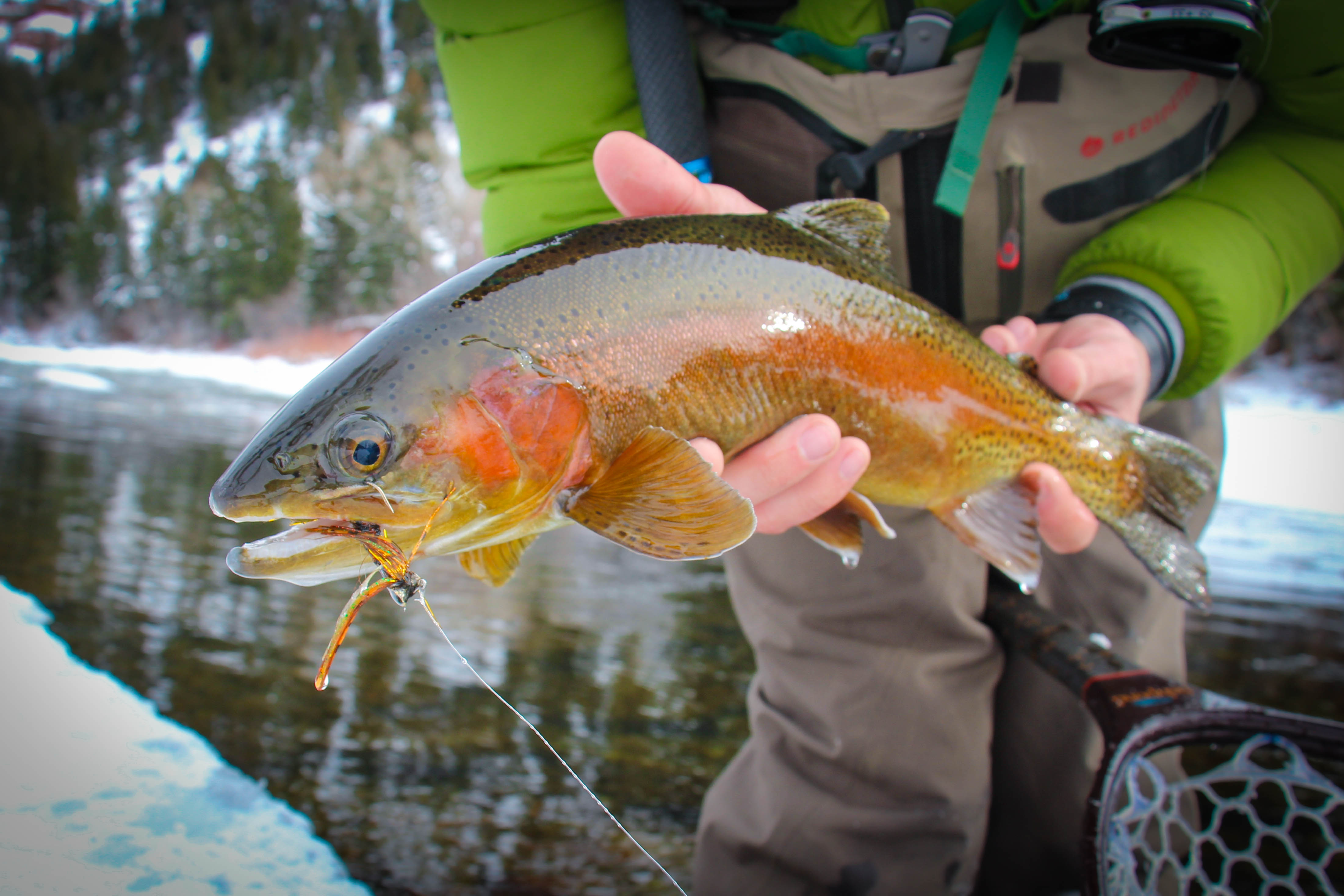 In that same pool that I landed the big rainbow I also hooked into a 18″ brown and another nice rainbow in the 16″ range. 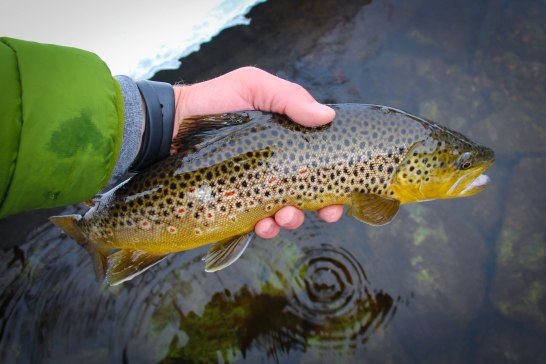 As I continued fishing upstream the bite stayed pretty hot. Before the day ended I had landed 10 fish. Any day that I can catch 10 trout is a great day in my books!

Fishing and Thinking in Minnesota